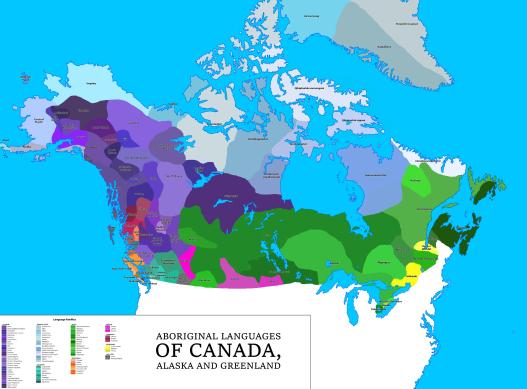 Have you ever stopped to question why you’re not supposed to use ain’t or end a sentence with a preposition? Or the fact that, unless you’re in very formal situation, you probably end sentences with prepositions all the time? You might be questioning my use of sentence fragments. But who made those rules? Why is avoiding these language faux pas seen as a mark of education and social status? Who told us to follow them?

In my last post, I talked about the connections between language, power, and identity, discussing how the endorsement of one national language (and more specifically, one dialect or variety) tends to have detrimental effects on speakers of minority languages and varieties. I briefly mentioned the central role of the education system in enacting language policy. In the next few posts, I would like to elaborate more on the role of schools in enacting language policies, the ways some children are disadvantaged, and the role teachers can have in fostering positive change.

In order to better understand the harmful effects that imposition of a dominant language through the education system can have on minority languages, I am going to turn for a moment to a dark spot in Canada’s history: residential schools.

According to Hanson (2009), European settlers came to Canada with an assumption that their civilization was superior to all others. In an effort to “civilize” and Christianize indigenous peoples, a policy was made to assimilate them into European culture (Hanson, 2009). From the early 1800s to the late 1900s, children of indigenous families were forced to attend boarding schools in an effort to purge them of their “inferior” cultures and languages (Hanson, 2009). Furthermore, Hanson writes that “the system… forbade them to acknowledge their Aboriginal heritage and culture or to speak their own languages,” inflicting punishments that were often severe for breaking these rules (Hanson, 2009). These government-funded schools were key proponents in a massive loss of indigenous languages and culture (Hanson, 2009). Currently, there are ongoing efforts to enact healing initiatives (Hanson, 2009) and bring reparations for some of that damage (Miller, 2012). Unfortunately, it is impossible to fully make up for the damages done to languages, cultures, and personal identities as a result of this educational approach.

Not every example of language policy in education is as severe as what happened with the residential schools. Nevertheless, language policies continue to determine what is and isn’t taught in language classrooms. For example, if I ask you which is the primary language used and taught in the majority of schools in former British colonies, your instant answer will be English. There are exceptions, such as in Québec, where the official first language in both government and education is French (see Quebec’s Charter of the French Language). Canada’s Official Languages Act, originally passed in 1969 (see “Understanding your language rights“), made both English and French official national languages. One of the goals set out in the Act is to “advance the equality of status and use of the English and French languages within Canadian society.” Although provincial governments determine their language policies independently of the national government, several English-speaking provinces have adopted their own policies French and other minority languages (“Understanding your language rights”). Evidence of these langauge policies can be seen in the teaching of French in English schools and English in French schools.

While it is fantastic that French is recognized in Canada and that Québec’s Charter of the French Language has a very robust policy for the maintenance and protection of the French language, Canada is also home to hundreds of smaller minority languages that receive little attention in the school system or society in general. According to the 2011 Census, more than 200 languages are spoken in as first languages in Canadian homes (“Linguistic Characteristics of Canadians“). The map at the top of this post represents diversity of indigenous languages alone. As discussed in my last post, Language, Power, and Nation-Building, the promotion of one official language (or maybe two) effectively bars those who don’t speak it “well enough” from positions of power and even from full participation in society (see Grenfell, 2011). I hope that you are beginning to see the answers to some of the questions I asked at the beginning of the post. Because standard English is what is spoken by the people who have access to positions of power, it is the variety that is valued and taught (Van Herk, 2012), in what is really a cycle of power.

Whether or not we like it, to a large extent it is the job of language teachers to promote the use of standard varieties. But does it have to be at the expense of other languages and varieties? In my next post, I will discuss more specifically how students who do not speak the standard variety are disadvantaged and offer some frameworks for how language policies and teachers themselves can work toward inclusion. Do you have any ideas?

Please note that the Ramblings of a Linguaphile site is currently being used for thesis research. Between June 14, 2017, and December 31, 2017, any comments made on posts to this site may be used for research purposes. The identity of the person who posted the comment will be kept anonymous. For more information about the study, please see the About page. By commenting, you consent to participate.
References

6 thoughts on “Oppression, Power, and Policy In the Classroom”

Are you a language teacher?

This work is licensed under a Creative Commons Attribution-NonCommercial-ShareAlike 4.0 International License.